The Fallas are a fire ritual. Throughout the history of mankind, there have always been rituals protagonist had to fire because it symbolizes the renewal: fire destroys the old has to make way for the new.

A popular belief says that the fallas derived from customs that had the Valencian carpenters to collect wood chips and shavings left over them to make a bonfire in honor of their patron, San José . It is also said that the fallas come from those pagan bonfires were lit around during the spring equinox (this would explain the great original pagan party component).

Christianity would later adopted the custom devote to St. Joseph. Finally, other studies support the theory of doll of Carnival moved to March. According to this explanation, the fallas would have been born in the habit of throwing the doll (ninot) carnival to a bonfire. This would explain the presence of human figures and character flaws irreverent and satirical monuments.

The first documentary about the fallas are the second half of the eighteenth century, when it emerged municipal legislation regulating the location of fallas in order to prevent fire, as many were planted in narrow streets, and therefore , were too close to the houses. Specifically, in 1784 he forced them into squares or open spaces. Already begun the nineteenth century, documents on fallas become frequent.

The fallas won the applause of neighbors, especially the modest, and the rejection of the gentry and the Puritans.

The fallas are considered Eve parties San Jose, were planted on the morning of day 18 and burned the same night. San Jose was half-day holiday (only had to work half-time), but the residents of the city ended up partying all day. Fallas were then much ore than now, a block party

From last third of the nineteenth century the number of fallas was growing from year to year: in 1852 stood only a falla, but in 1872, were planted 17

Since 1866 the pyrotechnics became more present, the despertades (with tabalet and dolçaina ) and appeared llibrets of falla, publications explaining the contents of the falla. The first known llibret of falla was written by Bernat i Baldoví 1885. By using humor and verse, explained the falla “The Conill” (The Rabbit), who stood in the Place de l’Almodí and in which the sale was “the conill of Vicenteta” to Don Facundo, an old age still believed to be a conqueror. Most popular poets of Valencia at the time, wrote some llibret of fallas..

Neighborhood groups that spontaneously fallas were doing became the first Fallas commissions arranged. Moreover, since 1873 implants fallas burn the night of 19, because some people thought that this would lose fewer working hours. But fallas “plantà” not transfer to St. Joseph’s Day, so the festivities falleros spent last two days

At that time, the City of Valencia put obstacles to the party: forced to ask permission to plant fallas and collected taxes from 1872. Furthermore censorship was introduced to control political criticism, social and moral (especially with respect to sex). Institutional pressures got the ban in 1851 by order of the mayor, the Baron of Santa Bàrbara

But the strength of the neighbors and the press of the time they got the tax cuts (in 1886 the city was left without a party, for the falleros pprotesta, so the municipality cut taxes), which together with creating the awards for the best sights, promoted by the magazine ” La Traca”, made ​​back in 1887 strongly tradition: that year were planted 29 fallas.

The late nineteenth century saw a strong growth of the party, so that became the largest festival in Valencia. Until then had been the Feria de Sant Jaume (in July).

The number of fallas grew, and began to stand fallas within the new extension of the city and other towns, including maritime towns and Benimaclet , which at that time were still independent city. Monuments often treated the subject of political criticism. They were years of political turmoil and internal social and fallas reflected this. The fallas began to get bigger, better finished, with new materials. He forgot increasingly structure and took the baroque theater which today have. In that context, the City Council approved the creation of the awards for best 1901 fallas.

The urbanistic transfomation of Valencia at the beginning of the twentieth century affected the fallas regarding the location of the monuments. The urban changes reflected in the criticisms of the fallas. By the monuments, the neighbors complained of the slow pace of urban reforms, the poor quality of the infraestructures and the relocation of the railway station (the place where it is today). Also abounded sexual allusions and the exaltation of the Valencian nationalism appeared at that time.

Gradually got more fame fallas even internationally. In 1926 the Assembly met in San Jose Pro Events to coordinate and foster fallas. With this momentum, the council increased the prize money to fallas and divided into two sections by cost. Were organized “trains falleros” for outsiders to visit Valencia in fallas , and in 1928 expanded the Fallas week to advance the fallas planted day 16. Also, that same year, the Central Committee of Fallas,prelude of Junta Central Fallera. This committee organized the official program of festivals and events coordinated some of the committees: Crida, Ninot exposure , La Nit del Foc, horseback riding, and the choice and presentation of eleven beauty falleras and a queen of the fallas, history of the current and court of honor

The Civil War disrupted the fallas completely (no fallas during the conflict), but when the war finished, the new town hall of the city brought together the presidents and secretaries of the Fallas survivors to found, in 1940, the Junta Central Fallera. Logically, here began a new period of censorship regarding issues Fallas, in which forbade political criticism and any reference to sex while exalting advised that the new values “national”. In any case, in 1940 have returned the fallas. The City Council, by the Junta Central Board Fallera, introduced the “official holiday” which is incorporated in new acts like “Festa de la Clavariessa”, the predecessor of the”Ofrenda a la Virgen de los Desamparados” (Offering to the Virgin of the Helpless). It should be noted that the Junta Central Fallera and the Fallas most important were under the control of people support the regime put in place finish, and they were, needless to say, very conservative in nature.

In the forties the first commissions were mounted modern, president, directors, fallera mayor, standard, and demarcation. The meeting passed falleros in bars or similar to it in barracks, except larger faults, that made it into hostels. The Junta Central Fallera special section created for the awards, and the delegation of children, and forced child fallas all linked to a large embers.

Since the fifties, Fallas were growing so dramatically that the number of visitors reifere, economic size and other aspects that moved. The 1952 expanded the number of sections of Fallas, a time when the artist Regino Más was one of the most prestigious (for 16 years won the first prize in the special seccion, between 1940 and 1958). La Nit del Foc (Night of Fire) spent the night of 16 to 19 March. Also planted a Falla designed by Salvador Dalí (which triggered a scandal) and the Junta Central Fallera created inconvenient and unsightly black suit at the expense of traditional typical dresses.

During the sixties the Fallas began using the “Casal” as exclusive meeting place. The number of committees was increasing steadily since 1960, and came to exceed 200 in 1969. The Fallera Mayor became the symbolic element, and along with the rest of Fallas, formed the “decorative” of the party, no involvement in the management of the Falla. It also consolidated the children’s section and the women’s section within the Fallas, and the number of falleros, grew (28,000 in 1970, compared with 6000 in 1959). The year 1966 was created an Olympiad of humor, which did not last fifteen years. Censorship, increasingly weak, allowed include erotic figures on the monuments. The dimensions of the buildings were getting bigger, highlighting Na Jordana, Pilar, La Mercé, Convento Jerusalén, among others

Democracy brought politics and politicians at fallas, and not just visit to Valencia, but also as ninots de falla. 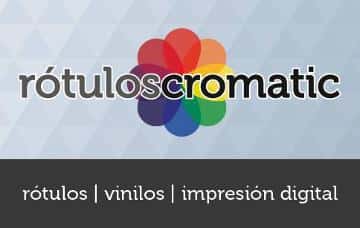 Do you want your company or business is known in the fallas world? Your company will appear here. In addition we will make advertising on our social networking profiles