Last Saturday, November 22 was held the appointment of the biggest fallers and child the year 2015 of the Commission High - St. Thomas President.

The event began with the words of the President, Mario Gumbau Barberá, who first said goodbye to those who until then had held these positions. Natalia, Fallera Mayor 2014, Paula, Fallera Mayor Infantil 2014 and Carlos, 2014 child President, addressed a few words to the present there, thanking Recalling all the experiences of these past months, and looking forward to those who now go to these positions, pass it at least as well as they have passed it.

He returned to take the word Mario, for now yes, appoint new representatives of the high Falla - Santo Tomás. The child Chairperson will be Víctor Sanchis Gumbau, which belongs to the Commission since its inception and is is a member of a family with a long tradition in this. The Fallera Mayor Infantil will be Ana Belén Moliner Serrano, who take little time between us, is happy and very excited with to represent us. And for ilusionadas, María del Carmen Porta García, the Fallera Mayor. This will be the second time you have enjoy this privilege. It was already some years ago and now repeat with renewed and reinforced enthusiasm after having been participating actively in all the Falla events organized since then.

Per turn, each one of them took the floor to express their feelings to those present and wishes for this Fallas exercise and how not, to wish all a wonderful festivities Fallas of 2015. 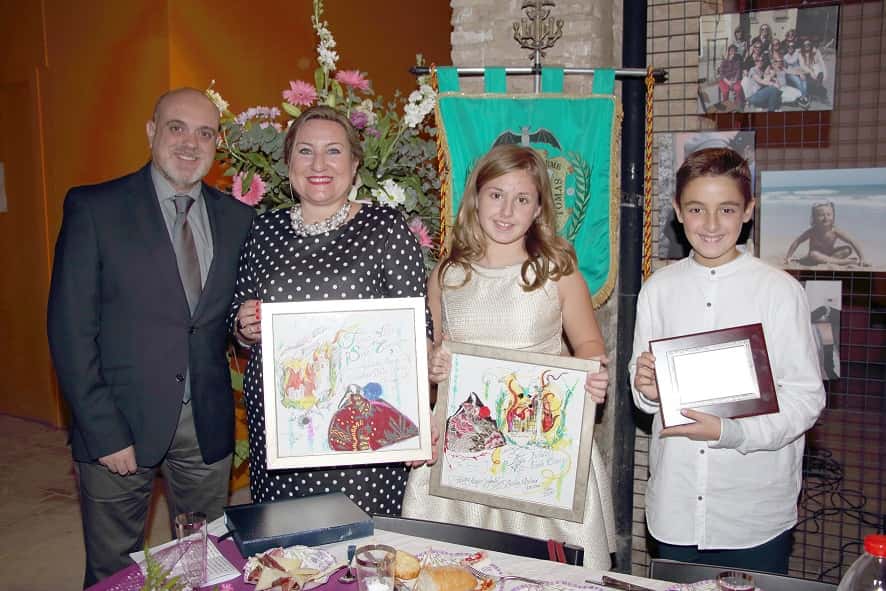