On the afternoon of June 3, at the Casal of Commission Fuencaliente-Lebon-Avd. Balearic Islands, and with the presence of the Fallera Mayor (Sonsoles Auñón), the Fallera Mayor Infantil (Elvira Corcoles), the President of the Commission (Francisco Aguado) and children (Hugo Fons) President, signed the contract for the realization of the monuments of the Fallas for the year 2017, with the representative of the company "Gotes de Foc", José Miguel Micó Martí.

"Gotes de Foc", company with recognized experience in the Fallas world and several award-winning times, will be responsible for carrying out this Commission on landmarks large and child. 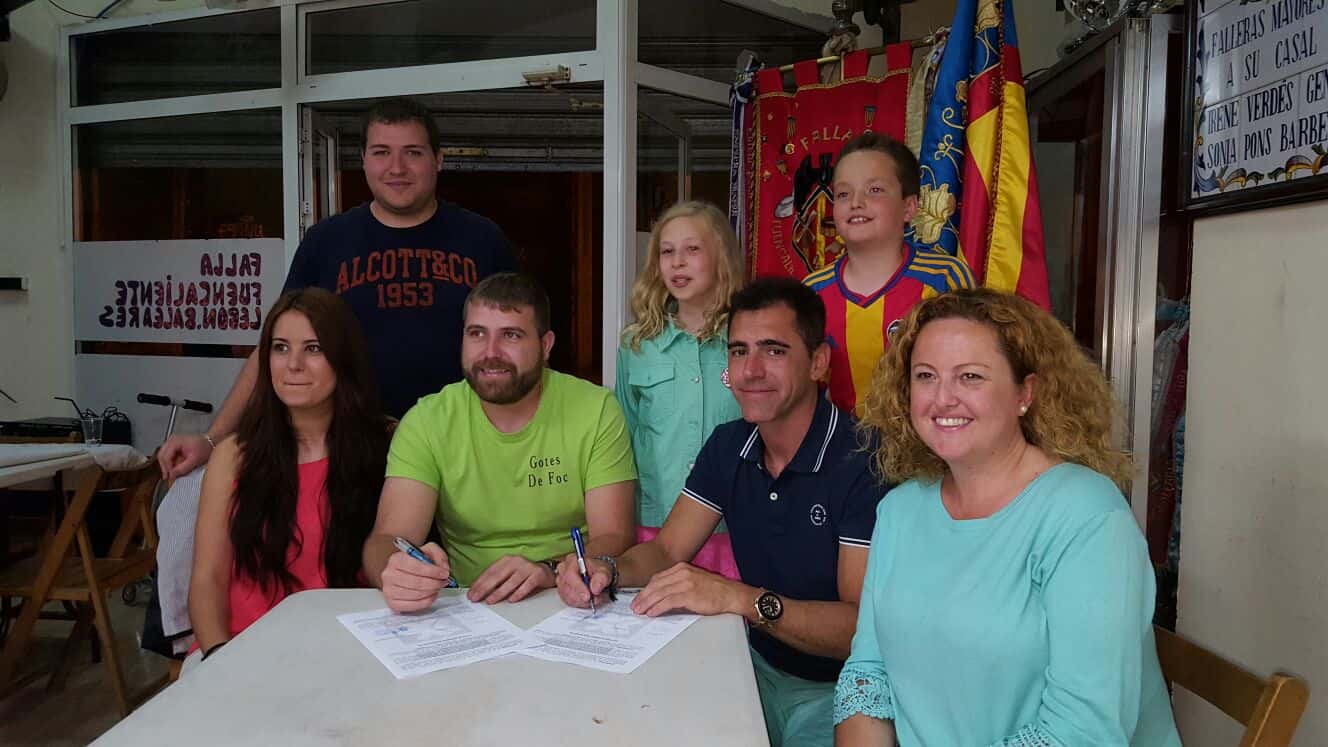