Last Saturday, February 1, falleros and friends filled La Rambleta, which was the venue chosen for the presentation of our greater 2014 Fallera, Luz García Martínez. Light, came tonight knowing that this is one of the events that mark a before and an after in the reign of a Fallera Mayor.

With punctuality that requires presentations by Board Central Fallera contest, he began "ENPP".Led by Juan Sierra Lizondo, our falleros defended the work written by Carlos Sanz. John also had on your computer with collaborations of prestige such as Gaspar Zamora (stage manager), Hugo Chinesta and Javier Santes (musical direction) and Macarena left (choreographer); to tell the story of "Père Papenes" artist Fallas, facing a year in which a budget minimum you want to reach the highest award of the special section.To achieve this it will resort to some "muses", different, and be inspired in legendary auctions of other eras, the 'Refritos'.But arriving at "Una Festa per a Tots" the level of other artists make you panic and remove their demo.Concerned, some of the most emblematic reporters of the party, attend his workshop...Finally Pere will wake up from this "weight-d' VAT ', a nightmare caused by the VAT, to start the plant of a large monument in the Plaza of the Pilar.Fue at this time when Rafa Barberá ("Pere Papenes") was called on stage to the most important of these Fallas 2014 woman, our Fallera Mayor, Luz García Martínez.

Light, which lucia a costume of the nineteenth century, with fabric Vives and Mari made by Amparo Gómez in Espolin;  came together with the President, José Javier López Llop, excited, to receive the band certifying it as Fallera Mayor 2014.

Was also made delivery of the joia, distinctive that with honor are those that have been Falleras older of the Falla Plaza del Pilar

Once seated on his throne, and surrounded by his Commission came the words of affection by its maintainer freedom García Martínez, Fallera Mayor of this Committee in 2002; and sister Olga García Salguero, Fallera greatest 2009.Desde love, and light premium detailed each of their strengths, highlighting its strength and joy, his passion for the Fallas, and particularly by the Falla Plaza del Pilar, which is already more 2014 Fallera. 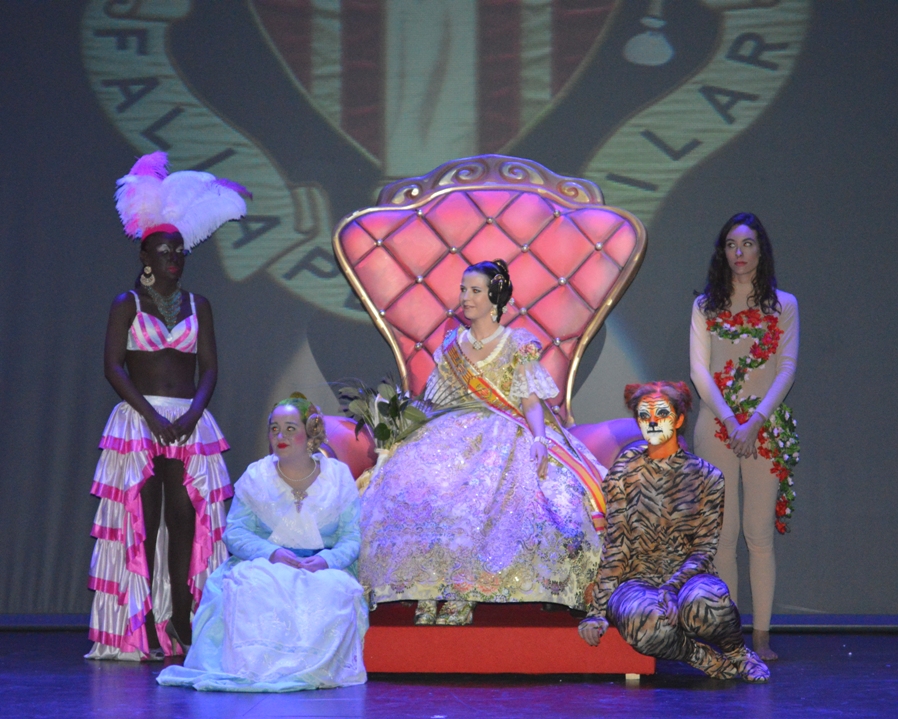