The Commission prepares to celebrate its 90th anniversary in 2017

With a simple "thank you" wanted to Jaume Bronchud, President of Cádiz - cure Femenía - Puerto Rico, thanking their falleros their overwhelming support and trust in him and in the project which will defend for the Fallas in 2017. This will be his seventh year at the head of the ruzafena Falla, commanding a special year since the Commission will celebrate its 90th anniversary.

Friday 8 April, the Commission held the dissolution of exercise after a very positive assessment of the exercise of 2016. Age table complied later and proceeded to vote the Presidency for deficiencies in 2017. After proceeding to count, Jaume Bronchud was ratified again by the Noscarmientas Committee.

"I wanted all the world for presiding over a new exercise" noted and after the announcement of the directive which will accompany you in this exercise emphasized that "Noscarmientas still left many things to do, live and carry forward and I have heart a lot enthusiasm for continue working with my friends to continue to build this beautiful project".

The President said that "the greatest potential that has our Falla is the people that consists of the" and noted that "there lies the success of Noscarmientas, in the great work being done in team and the big family we have created". In the past six years, Cadiz - cure Femenía - Puerto Rico has doubled its Census and "adding to the project, has done to many falleros linking them the good vibes, the desire to participate and make Falla".

Bronchud said that "it remains to be seen what will bring us this new year but will continue to open doors to all our friends to share with them the special spirit of this Falla". Noscarmientas became in the first Falla of Valencia which has participated in three categories adult theater contest last year, is still a value in the contest of presentations, participating in sporting competitions and betting on the wit and grace with Fallas "that we build into our own casal". "We still have many things to do" says the President "and we are already working together because there are eager." 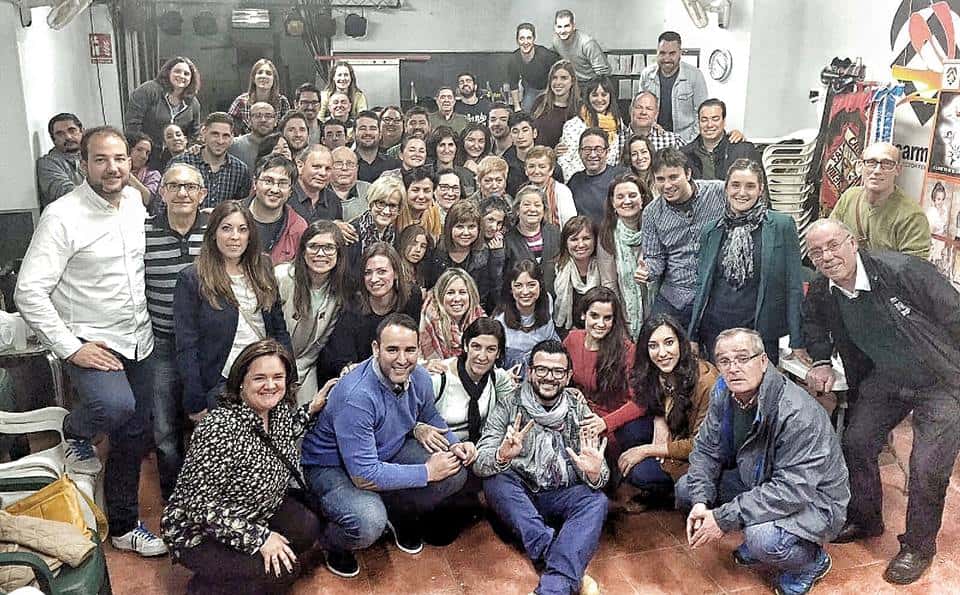