With the presence of representatives of the Fallas of the Grouping Olivereta and a large group of falleros, Falla Olivereta - Cerdá Rico performed this Monday, 22 January the start of the XXIV cultural week, which finish with a wine of honor for all the participants.

The cultural week this year is dedicated to the fundation year of the commission 1943. The exhibit was inaugurated by the Falleras Mayores Silvia Banacloy and Valeria Massó along with the Presidents Juan Banacloy and Diego Massó an overview of the reality of Valencia and the world in that period so convulsive.

On the other hand, during the next days and taking advantage of the 75th anniversary of the commission make a trivial fallero to test the knowledge of participants on the details of the Falla, and Fallas in general. Also will have talks and sessions of cinema.

The closing ceremony will have place the Saturday 27 January, with one eye already on the final straight towards the Fallas 2018. 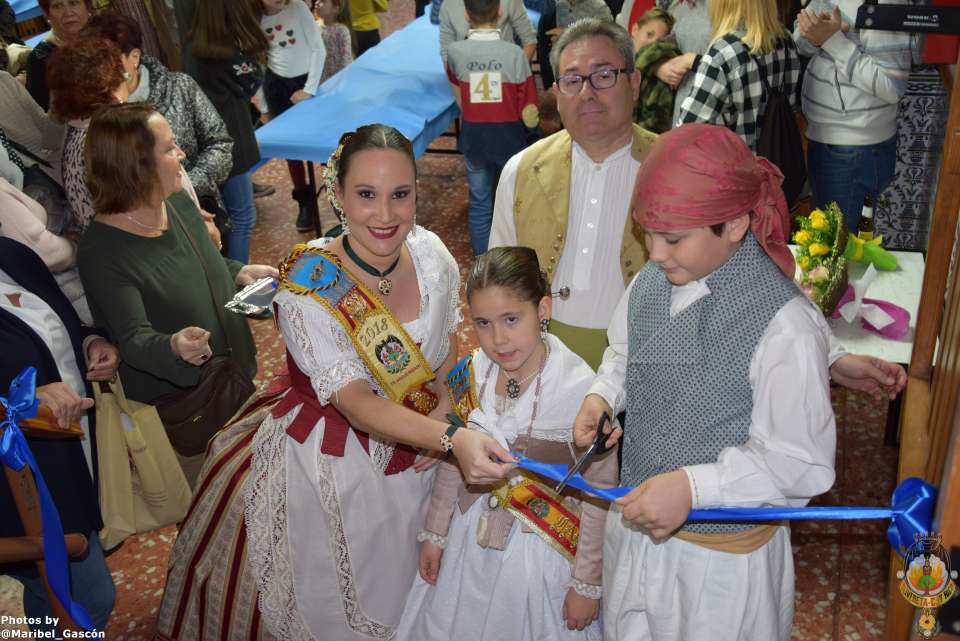 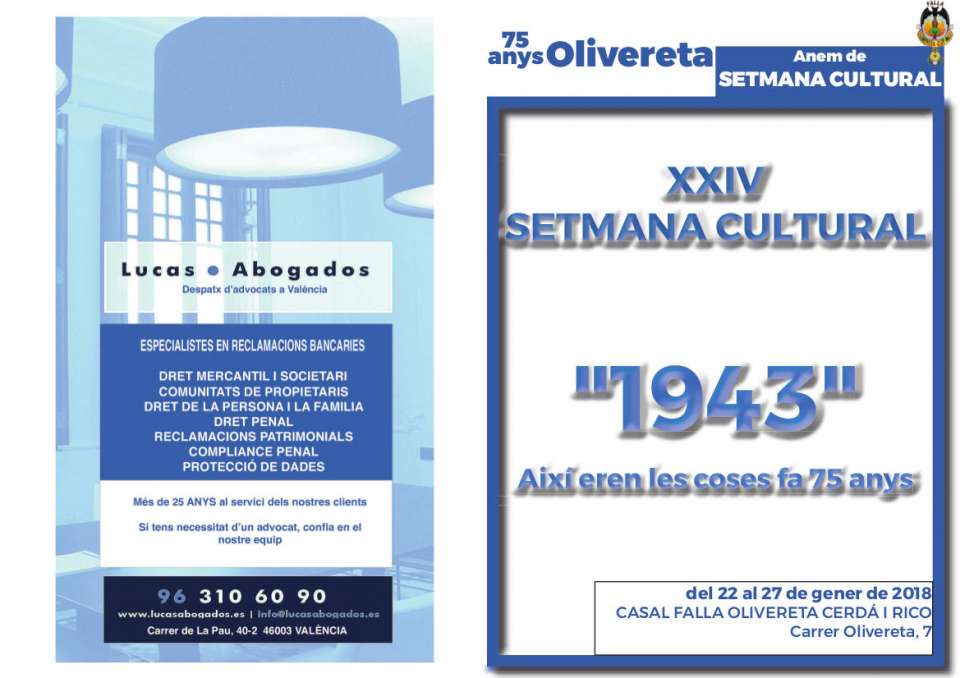 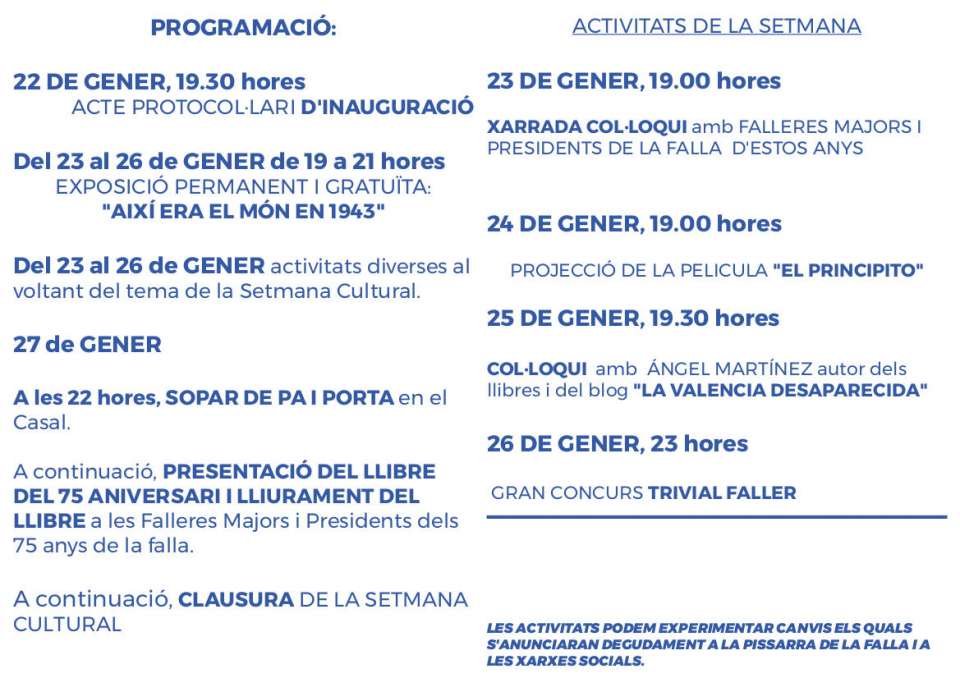