The ceremony was presided over by the highest representatives. Firstly, were Lucia Paredes Martínez, Fallera Mayor Infantil, alongside Marcos Fernando Sáez Pajarón, responsible for discovering the sketches of the fallita to Antonio Rubiño Linares planted for the smallest of the Commission. In addition, they could also see one of ninots that will compose your work of art. The child Falla carries the motto "Els xiquets somien amb...".

Then were Mari Carmen Benlloch Almenar, Fallera Mayor, and Jose Carrasco Lucendo, President, who under the watchful eye of all the members of the Commission who attended the ceremony, also discovered the sketch of the large monument, work of Antonio Rubiño, and the model of the Falla that will reign on the streets during the week fallera. "Carnestoltes moltes voltes" is the motto of the large Falla.

The Falla artist explained their projects to attendees and as it is advancing the task a little more than three months for which the time bring shortcomings to the street.

At the end of the presentation is held a wine of Honor for all attendees. 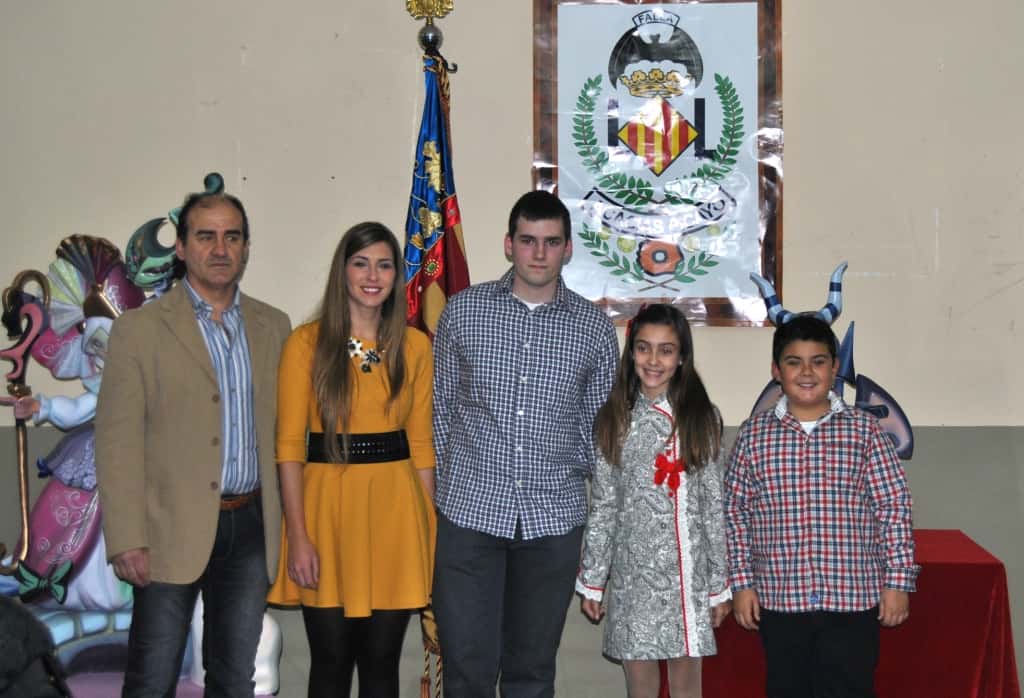 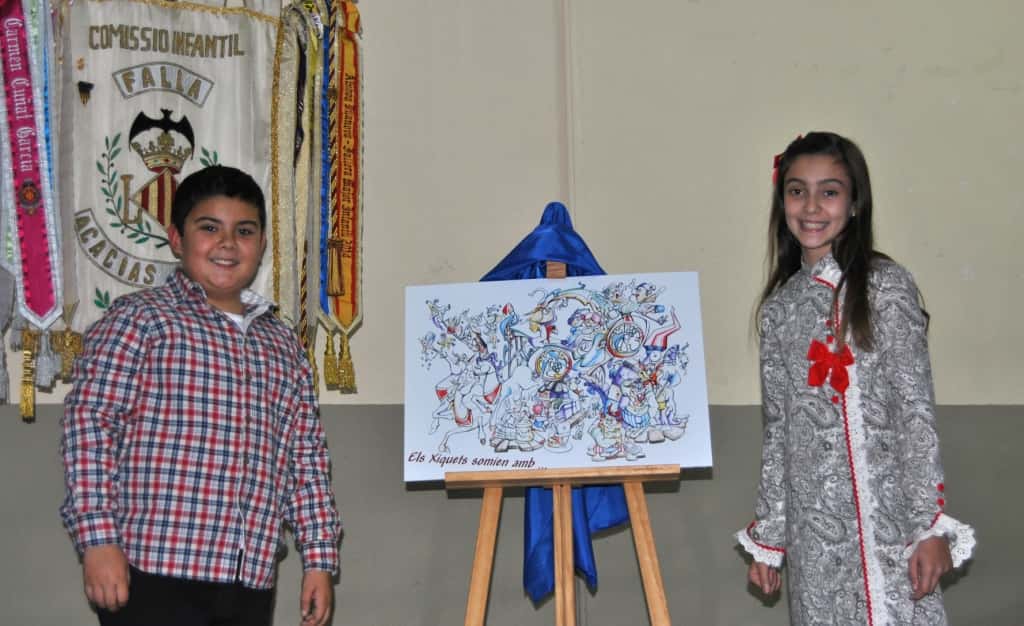 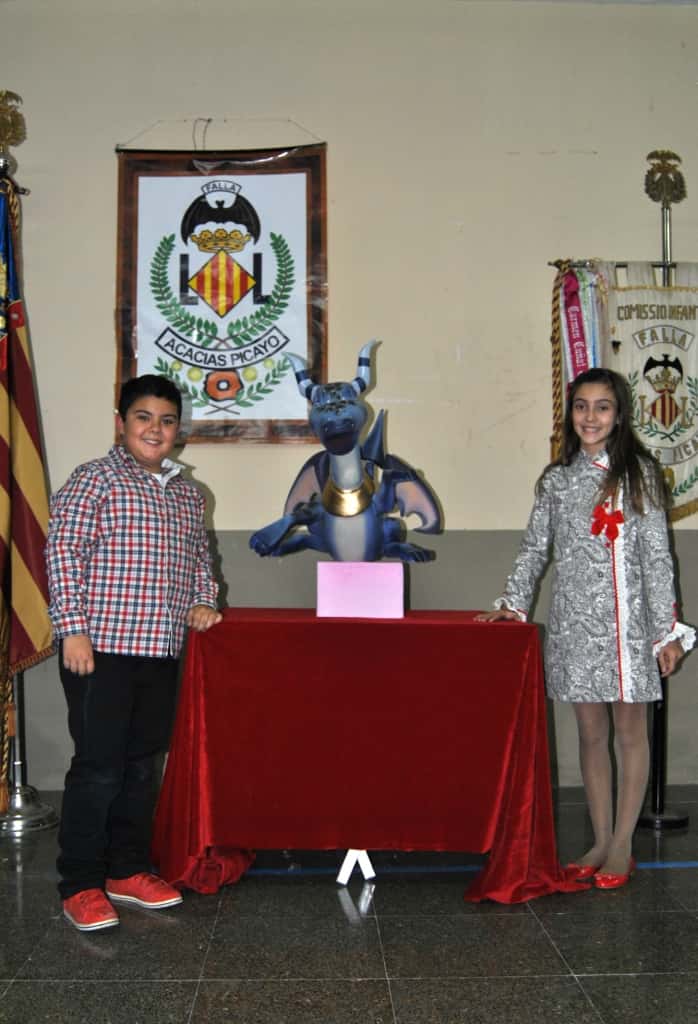 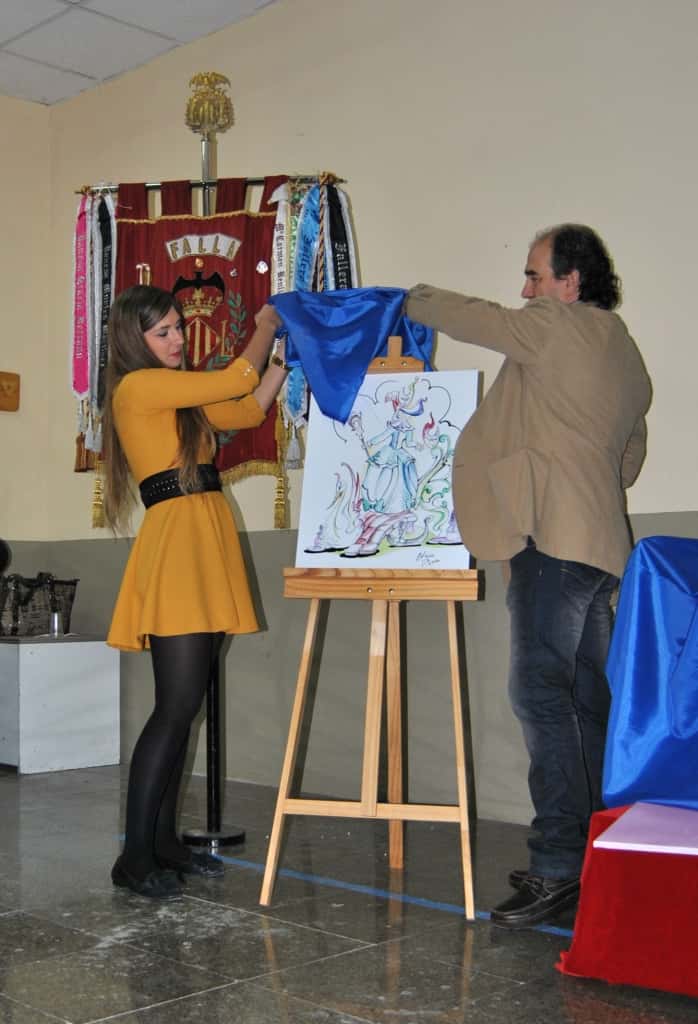 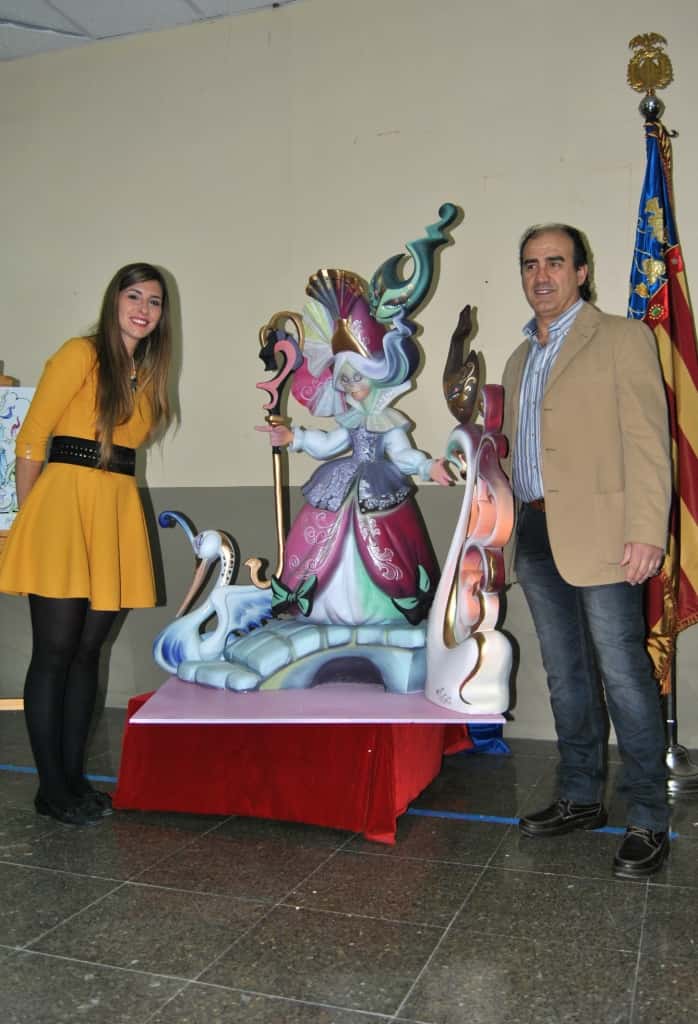