On 23 November was a very special day for the falleros of Acacias Picayo of Benicalap Commission.

The afternoon was held the ceremony of proclamation of our top children's representatives, the brothers Jorge and Ainhoa Vilanova Sánchez. After the snack, which they offered to the Committee on Child Act took place in question.

Both Jorge and Ainhoa received pictures that accredit them as child President and Fallera Mayor Infantil of the Commission for the Fallas of 2014.

In addition, they were honored with flowers and gifts by their friends and relatives who wanted to accompany them on a beautiful afternoon for them.

That night it was the turn of Ms. Mari Carmen Montes Benlloch. After dinner began the Act of his proclamation as Fallera Mayor for deficiencies in 2014.

After receiving its accreditation picture from the hands of the President, José Carrasco Lucendo, also felt the love of family and friends, who wanted to present it with numerous floral details and other gifts.

After the final point to the event singing the Regional anthem of Valencia, held the traditional toast and the sweet tasting the Fallera Mayor offered his Commission. 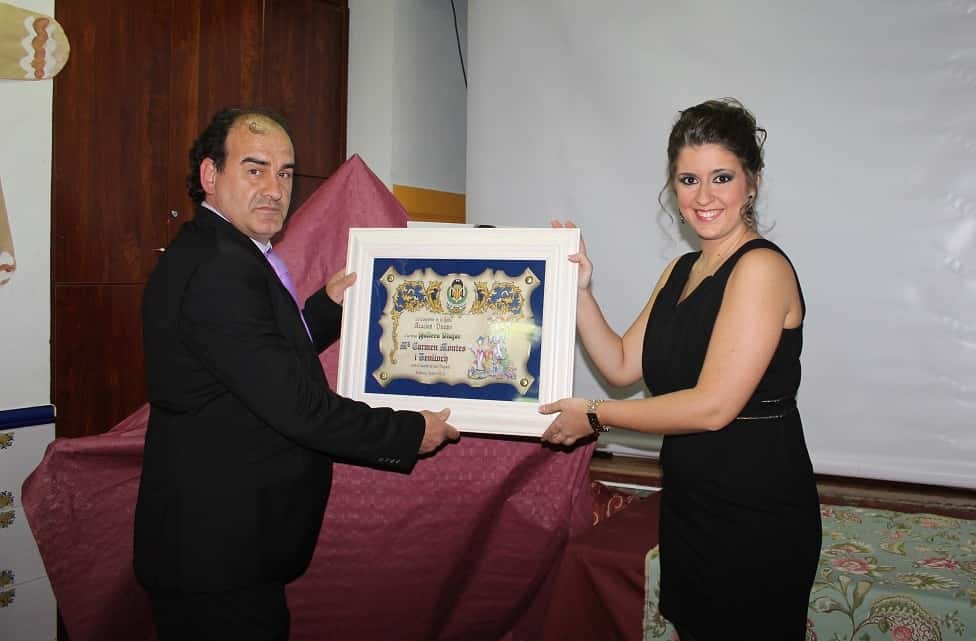