After of the closing of a stage of 16 years, last year and bet on a ilumination sustainable, reconciled with the neighborhood and  signed by the spanish company Highlights Ximénez Falla Sueca-Literato Azorín want in this edition of the contest to pay homage to all the committees that year after year illuminate our city during the fallas festival.

To do this, has been charged with Ximénez novel design of a cover of 20 meters with the form of ‘H’, to give the welcome to all visitors. The cutting edge is made present trought of a jealousy colour, a patron that is repeated to draw shapes more complex, clean and tidy, creating a composition contemporary and respecting the urban environment.

As a novelty this year and following the thread that the Falla Sueca realized last year, be the first time a spanish company performs a power-on of the illumination in Valencia in sync with music. If it was in the year 2005 when the Falla of Sueca ‘invent’’ on, we will be the first Falla to perform this espectacle by a company with a spanish signature.

And as a final finish, from the 16th of march, it could enjoy every night of a second on characterse of the street, this time in the Falla big, the work of Vicente Llácer, which we carry with special effects, smoke, music and dialogs to other parallel universes.
The Falla Sueca-Literato Azorín still one more year illuminating our zone, like as the neighbourhood of Ruzafa. After of 24 first prizes of illumination, the two Fallas in section special and a casal of the way, the commission looking for enjoy the illumination with all the falleros, neighbors and visitors.

The next Friday, march 9, at 21h. the Falla Sueca-Literato Azorín, will make day the night of Ruzafa. And from saturday 10 march, at 20h. every afternoon. 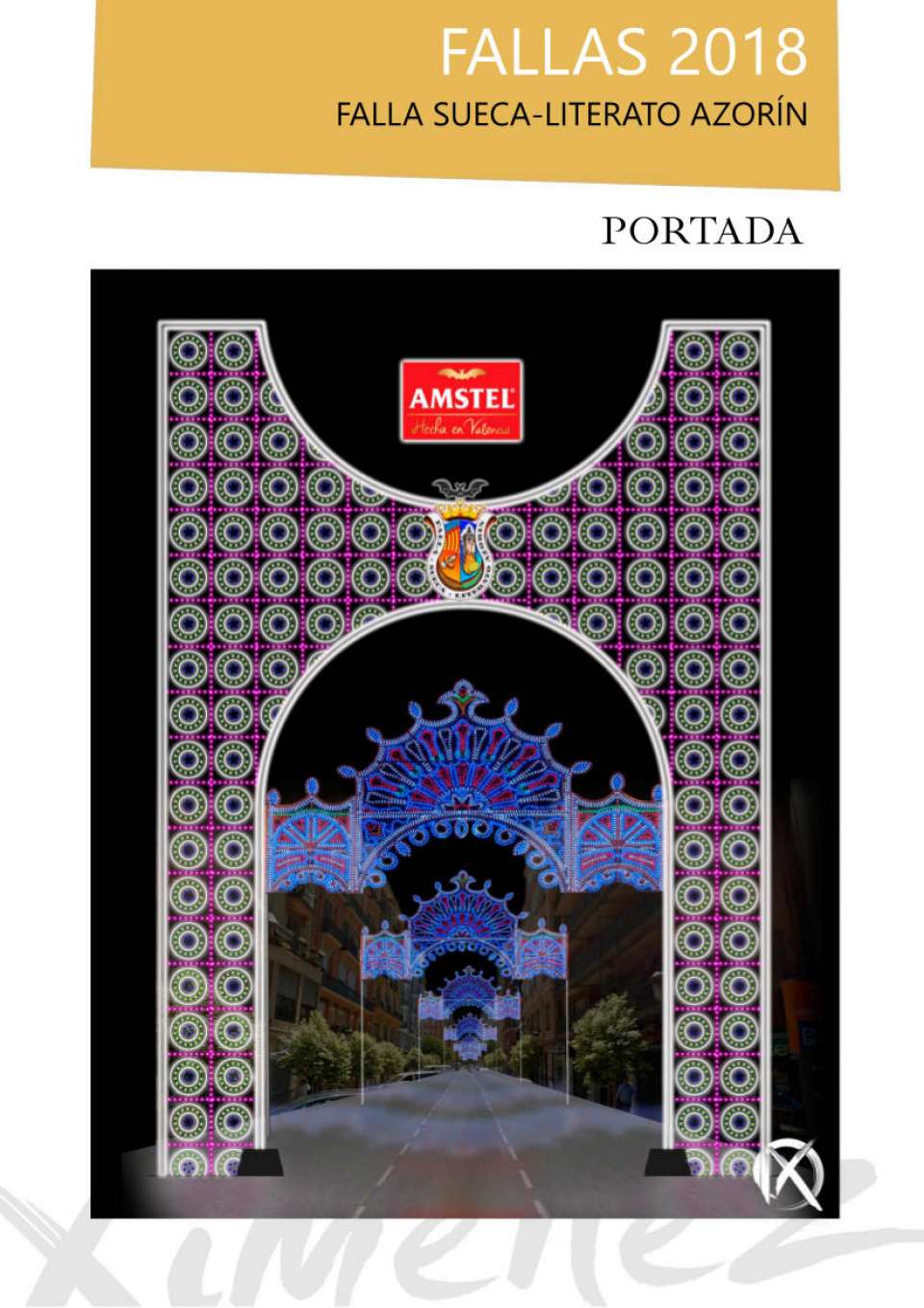 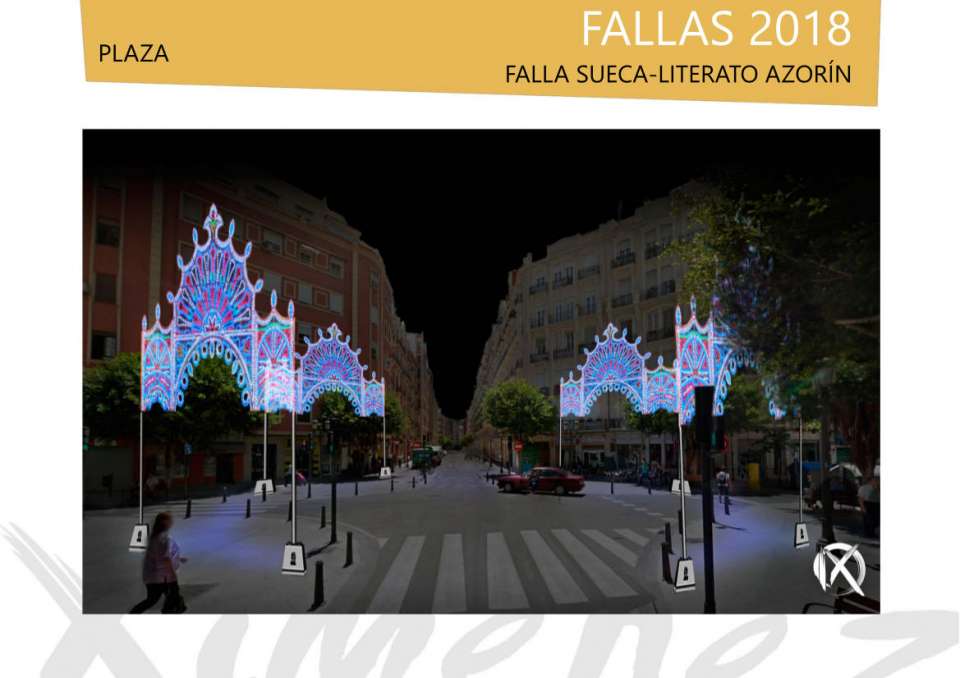 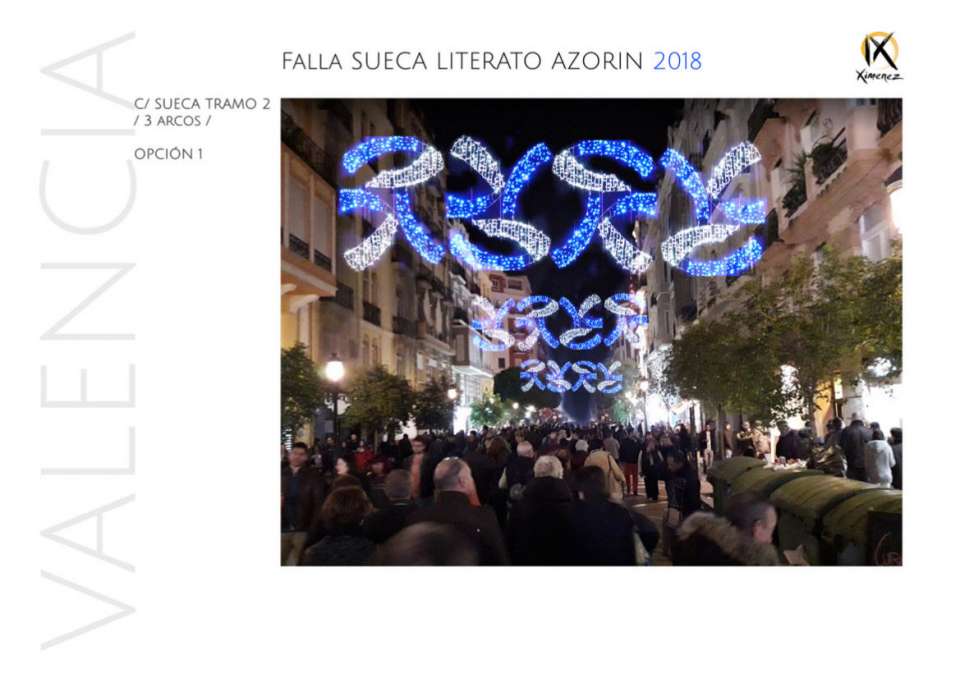